PLEASE NOTE: The barn/yard at Woodside Farm is currently inaccessible, as is any of the Nutbrook trail below Shipley Lake and around the Nutbrook Café area. There is no access, we apologise for any inconvenience this may have caused.

The Trust’s farm - on the Nutbrook Trail next to Shipley Country Park is home to many farmland birds, wild flowers including orchids, invertebrates, brown hares and water voles. A great day out to see farming and conservation working hand-in-hand. Do a spot of pond dipping, den building and follow a sculpture trail.

There are a variety of walking options around the farm and the adjoining country park.

Path condition varies across the site. Many paths are suitable for wheelchairs, however distance from suitable parking and ground conditions can affect access.

Summer for meadows bursting with wild flowers and butterflies

This land was purchased by Derbyshire Wildlife Trust early in 2011 and is the largest protected area in the county outside the Peak District National Park.

It is on the site of the former Woodside Colliery, one of the four that operated in this area until the 1960s. It contains a variety of habitats, including woodland, hay meadows and grasslands and a network of small wetlands.

The grasslands are important for invertebrates, including several butterfly species such as common blue, gatekeeper, comma and meadow brown.

Several species of ladybirds, grasshoppers and shieldbugs are also found here, as well as dragonflies and damselflies including the magnificent emperor dragonfly. Among the mammals that have been recorded on the site are brown hares and water voles.

We are still discovering the wildlife of this extensive area of land and are starting to manage the habitats to encourage more birds, invertebrates and other wildlife. Parking at either Shipley Country Park Visitor Centre or Mapperley Reservoir gives access to a network of paths including the Nutbrook Trail, a 10-mile traffic-free path for use by walkers, cyclists and horse riders.  The Nutbrook café is adjacent to the nature reserve and is open on Saturdays, Sundays and Bank Holiday Mondays.

Off the Nutbrook Trail is our impressive new viewing tower, giving commanding views over the farm and surrounding countryside. Follow the Trail to Lodge Cottage and then look for the concession path near our new mole sculpture! We are managing the extensive areas of grassland through a farming enterprise, which involves the sale of beef reared on the farm.

Our aim is to produce good quality meat products on a farm which demonstrates good conservation practices. The farm now features a new education barn and garden, which is open to everyone. There are willow domes, ponds, a meadow for sweeping and a woodland as well as a covered picnic area. 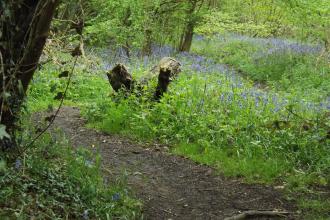 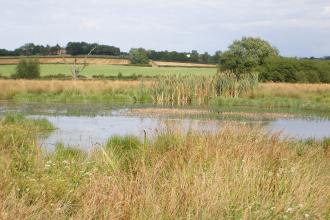 Part of the largest area of floodplain grasslands and wetlands in the Erewash Valley - great for bird watching and water voles. 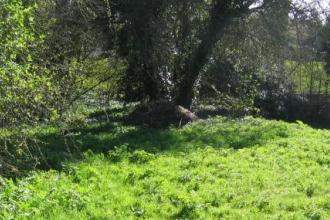 Play Wild all year round within all permissible areas.