Part of the largest area of floodplain grasslands and wetlands in the Erewash Valley - great for bird watching and water voles.

Please note that the reserve is vulnerable to disturbance and visitors should keep to the official paths at all times.

The path from Jacksdale Community Centre to the site is hardcore and suitable for most disability users, giving access to the northern part of the reserve. Other access points are via stiles or rough paths.

Spring for breeding lapwing and winter for wildfowl

Erewash Meadows forms part of the largest area of floodplain grasslands and wetlands in the Erewash Valley.

It straddles the Derbyshire and Nottinghamshire county boundaries and is jointly owned by the two county Wildlife Trusts. The reserve is in three parts. The southern part is known as Aldercar Flash and Meadows and the central part is Brinsley Meadows. Leading off from the north west corner of Brinsley Meadows is a 3/4 mile section of the old Cromford Canal. This former industrial area may seem an unlikely place for wildlife, but the River Erewash supports fish and invertebrates, as well as an important population of water voles.

In spring and summer the reserve's ponds and the wet sections of the canal are a refuge for grass snakes, amphibians and dragonflies. Butterflies and many other insects breed and feed on the wild flowers growing in the grassland. The meadows are best known for their birds.

In spring lapwings can be seen performing their impressive aerial displays, while early mornings may offer the best chance of hearing the strange 'drumming' call of breeding snipe. More common breeding birds include the reed buntings with their distinctive black and white heads, and sedge warblers, more camouflaged but twice as noisy in declaring their presence.

In spring and autumn the breeding birds are joined by waders, wildfowl and even birds of prey like the hen harrier. Many wildfowl stay for the winter, including a small flock of wigeon, numerous teal and a range of other species. 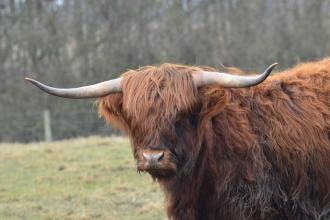 The Trust’s farm - on the Nutbrook Trail next to Shipley Country Park is home to many farmland birds, wild flowers including orchids,… 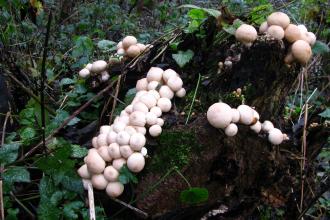 Derbyshire's very own 'Hollywood'! - A pretty woodland with a fine display of springtime bluebells.