Areas of precious unimproved grassland and oakland with more than 150 species of flowers, sedges and mosses

On the southern outskirts of Charlestown
Glossop
Derbyshire
SK13 6JT

Park in a layby just off the Turnlee Road (A6016), a little past the track going to the reserve (heading North into Glossop). Walk up the steep track to the reserve entrance (shown on the map).

Follow the farm track past Lees Hall to the reserve entrance.

Steep/rough ground throughout the reserve - not suitable for those with limited mobility.

Summer and early autumn for fungi, wild flowers and lichens

Lying on either side of a small north-south valley, Long Clough contains a mixture of habitats, including an area of oak woodland and a large sloping area of grassland.

Areas of unimproved grassland - not treated by chemicals - are becoming increasingly precious throughout Derbyshire.

These areas support many more species of wildflowers than intensively farmed land. Long Clough is a good example of this type of grassland, containing more than 150 species of flowers, sedges and mosses.

Among these are several types of grass, including quaking grass, an unusual sight in this part of the Peak District. The grassland contains many wet areas where flowers such as marsh marigold, marsh violet and heath spotted and common spotted orchid have established themselves.

The pink meadow cap fungus, a national biodiversity species, is also found. The range of habitats on the reserve attracts a variety of birds, including woodcock, tawny owl and willow warbler. 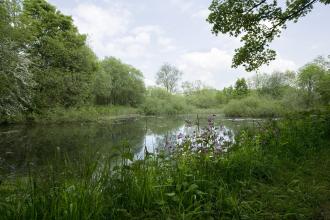 A valuable wetland area providing habitat for frogs, toads and smooth and palmate newts - there is a great pond dipping platform perfect… 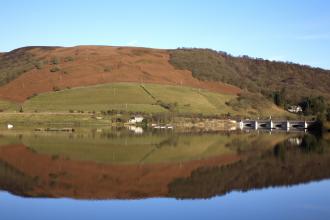