On the outskirts of Bolsover
Derbyshire
S44 6GA

To reduce disturbance, the reserve is accessible only on the concessionary paths. Full disabled access around all the paths on this reserve and to all three viewing screens. There is no access to the fishing platforms for wheeled vehicles. There are no stiles.

Open at all times.

This wetland reserve is a great place for birdwatching. The mixture of open water, marsh, wet and dry grassland, scrub and trees attracts a rich variety of birds throughout the year.

In winter large numbers of wildfowl feed in the wetlands and surrounding grasslands. Large flocks of wigeon graze the banks while teal can be seen preening and feeding on the water's edge. As well as wildfowl, the reserve attracts wintering flocks of finches and buntings, which feed along the field boundaries. A more secretive winter visitor is the water rail, which skulks above the marsh areas. More often heard than seen, it has a distinctive squealing call.

Spring and autumn are important times on the reserve, as many birds are on migration and Carr Vale is an ideal place for them to feed and roost. In September, swallows gather in the marsh, in a  roost of between 1-2,000 birds. They usually attract hobbies, birds of prey which are skilled hunters on the wing. In early summer the marsh and scrub are home to a range of breeding birds, including reed and sedge warblers, whitethroat, yellowhammer, moorhen and gadwall.

The grassland provides nesting habitat for the nationally declining skylark. The marker on the map below shows the access point after you have walked through Derbyshire County Council's Peter Fiddler Reserve. 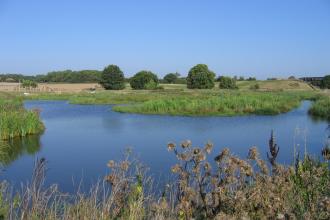 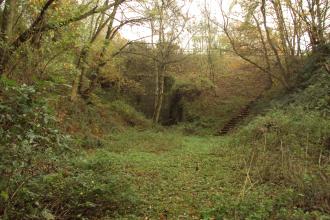 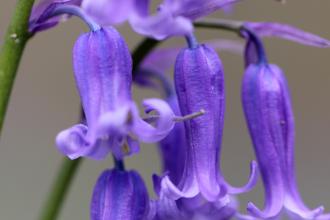