This former gravel quarry in the Trent Valley is teeming with bird life all year round, from ducks in winter to sand martins and common terns in summer. Dragonflies and damselflies are plentiful here too.

Lots of viewing platforms and a feeding station.

Willington Wetlands is situated down an unmade lane (Meadow Lane) which comes off the Repton road just before the bridge over the River Trent.
Burton upon Trent, Derby
Derbyshire
DE65 6YB

Park at the end of Meadow Lane, DE65 6YB

This former gravel quarry is teeming with bird life all year round, from ducks in winter to sand martins and common terns in summer.

This former sand and gravel quarry provides a haven for wildlife in the Trent Valley.

The flooded gravel pits form an important wetland habitat attracting many rare birds in addition to a variety of more common species.

The reserve is particularly important for its wetland habitats, from open water to reed bed. The shingle and grass islands provide a refuge for birds and are ideal for breeding waders.

The reed along the edges of the pools and in the old silt lagoon is home to a range of species and the grassland and duck marsh provide rich feeding for many species and breeding cover for others.

All year round the reserve is rich in bird life. In winter, large flocks of wildfowl gather, including wigeon, teal, pochard and shoveler.

In early spring, curlew gather on the wet grassland before they head north to their breeding grounds. During spring and autumn up to 20 species of wader pass through. Among the birds that breed at Willington are sand martins, lapwings and common tern.

Birds of prey also visit the reserve - these include peregrine, kestrel, hobby and sparrowhawk, as well as the very occasional marsh harrier. In recent winters, bittern has been seen at the reserve.

In addition to birds, Willington's wetlands also attract several species of dragonfly and damselfy as well as otters. The conditions suit water plants such as short-leaved water starwort. 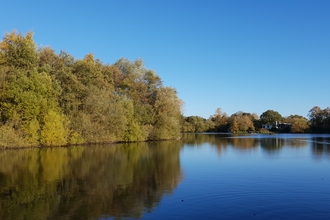 Please note: Part of the circular walk is currently closed due to nesting birds. We thank you for your understanding (Updated 29th… 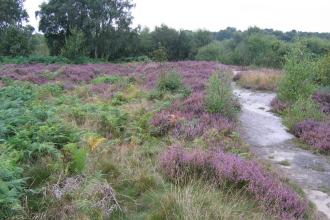 A great place to see birds all year round, with rare habitats including one of the last areas of lowland heath in Derbyshire. 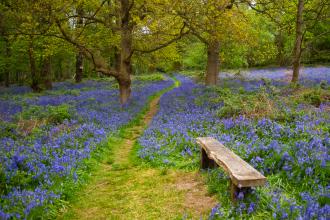