A beautiful semi-natural ancient woodland in the Lower Derwent Valley near Cromford. The woodland has a rich history. The woodland floor is carpeted with bluebells and wild daffodils in spring and home to northern wood ants and 96 species of fungi. Combine with a walk along Cromford Canal keep the adventure going looking for dragonflies and grass snakes.

The are various trails around the woodland, they are rough and typical woodland floor - be aware of steep slopes.

Please note that some paths are steep and slippery.

Spring for wild daffodils and bluebells and autumn for 96 types of fungi!

At the end of June 2012 Derbyshire Wildlife Trust was gifted Lea Wood by the Lea Wood Trust.

The wood is one of the best examples of ancient woodland in the area. Wild daffodils and bluebells flower here, while heather and bilberry grow on the upper slopes.

Among its varied birds are several that are declining in numbers, including pied flycatcher which regularly breed in the wood, lesser spotted woodpeckers and spotted flycatchers.

The open upper slopes are a good place to look for the spectacular mounds of the northern wood ant, while at least 25 priority moth species listed in the UK Biodiversity Action Plan have been recorded, including September thorn and small phoenix. 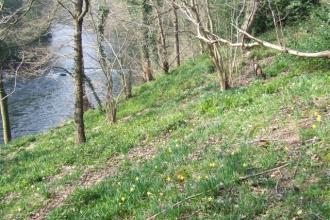 A mixture of rough meadow and woodland where wild daffodils flourish 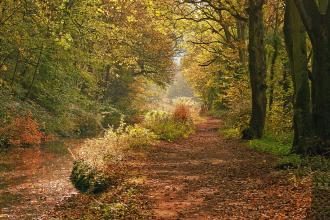 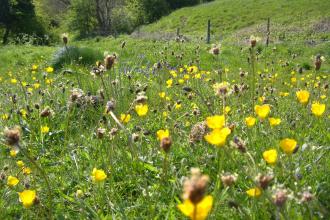 Sixteen small meadows, never treated with artificial fertiliser or herbicide. They create a vivid picture of how Derbyshire’s limestone…

Check out the reserve map and walk