From the 1st of March 2021, Mountain Hare are now protected in Scotland.
We urge the Government to introduce legislation to provide an equivalent level of protection in the Peak District!

The Peak District Mountain Hare is one of the most iconic mammals you may be fortunate to see in the Uplands of the Peak District National Park. It is distinguishable from the Brown Hare by smaller size, more rounded shape and shorter ears and legs. The summer coat is brown or grey brown with white undersides. It also has a spectacular change of colour to its coat in winter when it turns completely white. This makes the Mountain Hare in winter almost impossible to see if the hills are carpeted in snow! The change to its white winter coat begins to happen in October and most are white by December. They begin to moult back into their summer coat in March and most are predominantly brown by April to May.

Mountain Hares can be found in the Peak District on heather moorland, wet heath, blanket bog and areas of mixed heath and acid grassland. In winter and early spring they often lie up on steep rocky slopes below gritstone edges on the high moorlands. In severe weather they can sometimes be found sheltering in open birch-oak woodland and also on the edges of coniferous plantations that are scattered amongst the uplands of the Peak District. This may bring them into contact with their relative the Brown Hare that keep to lower altitudes. They also will make tunnel like forms in cotton grass which they sometimes line with their soft white fur – these can sometimes exceed 1 meter in length which you may be lucky enough to find. They are active in the twilight and also at night and are more active in the day during mating season. They are less fussy than Brown Hares regarding the quality of their food and this gives them the competitive edge at higher altitudes. Its food varies when in winter it will mainly eat heather, bilberry and bark and twigs of gorse and willow. In summer it will graze on grasses predominantly. It is mainly solitary but may be seen feeding in larger groups. Breeding season can be from February to August and adults only become sexually mature in their second year compared to rabbits which start breeding in their first year. Their litter size is between 1 to 5 young. Females stay close to their young (leverets) whilst they are lactating and they have the unusual habit of warning their young of danger with clicking sounds using their teeth. You can sometimes see both males and females fighting using their hind feet or forefeet known as boxing. Incredibly Mountain Hare have been recorded at running at 64 km/hour.

Status in the Peak District and Threats

The Mountain Hare was native to the Peak District but died out around 6,000 years ago as scrub and woodland expanded northwards after the last Ice Age. It is also a species that has been present in the British Isles for a very long time – Mountain Hare bones aged between 114000 and 131,000 years ago have been found in a cave in Devon. The present population in the Peak District is descended from reintroductions in the 1870s when they were released for sporting purposes so they could be shot. Since this time there has been a small but important population, estimated to be between 1,500 and 5000 in size, that has become established however there are indications that this population is now much lower than these estimates. It is the only population of this mammal in England. The largest population is in Scotland where current estimates put its population in the order of nearly 132,000. However this population has decreased dramatically in recent years where widespread culling on grouse moors is believed to be one of the key factors for this decline.

Mountain Hares are currently listed on Annex V of the EC Habitats Directive (1992) This requires Member States to ensure that exploitation of this species 'is compatible with their being maintained at a favourable conservation status.' However, a 2019 report by the Joint Nature Conservation Committee found the UK mountain hare status to be 'deteriorating' and 'unfavourable-inadequate'. Our Peak District Mountain Hares are considered to be a highly vulnerable, small population. Isolation from other Mountain Hare populations prevents inward migration to boost and replenish declines in numbers. Studies of a comparative small, isolated mountain hare population in Sweden which died out indicate how vulnerable the Peak District Mountain Hares are to potential extinction. All UK hares are currently subject to concerning levels of disease; European Brown Hare Syndrome (EBHS) and Rabbit Haemorrhagic Disease type 2 (RHD2) have been recently identified in Brown Hares. An outbreak of these viruses in the Peak District could decimate the fragile population of Mountain Hares.

Peak District Mountain Hares frequently fall victim to road traffic on the high moorland roads and it is possible this could impact negatively on the overall population size.

There are also concerns that a warming climate through climate change may result in a contraction of the species' range due to a reduction in suitable habitat.

Mountain Hare culls have also been carried out in an attempt to reduce 'Louping-Ill Virus' (LIV), a tick-borne disease which causes mortality in red grouse on grouse moors across the UK  Hares are one of many animals and birds which may carry ticks. Studies have concluded that widespread culling of wildlife is not necessarily effective in reducing disease and that there is no evidence to suggest culling mountain hares might increase red grouse densities. The number of Mountain Hares that are getting shot in the Peak District is unclear. However in recent years there has been evidence of the remains of Mountain Hares ending up in stink pits, deployed by gamekeepers on grouse moors, which are designed to attract predators such as foxes which are then shot. In addition dead Mountain Hares have also been observed laid out in heavily snared areas on grouse moors again to attract predators that are subsequently shot.

Unregulated culling in the breeding season (January –July) is likely to have a detrimental effect on population density, and also raises serious welfare issues regarding dependent young being orphaned.

Mountain Hare, which are more abundant in Scotland are now protected, as from March 1st 2021, under the Animals and Wildlife (Penalties, Protections and Powers) (Scotland) Act 2020 in Scotland. From March 1, 2021 it will be illegal to intentionally kill, injure or take Mountain Hares at any times unless a licence is obtained. This applies throughout the whole year. Licences will only be issued under certain circumstances, such as concerns for public health or protection of crops and timber.

We urge the Government to introduce legislation to provide at least an equivalent level of protection for Mountain Hares in the Peak District in England without delay which have no comparable legal protection at all as of present. The population of Mountain Hares in the Peak District is extremely vulnerable facing multiple threats and shooting and snaring of this iconic mammal should be banned completely. 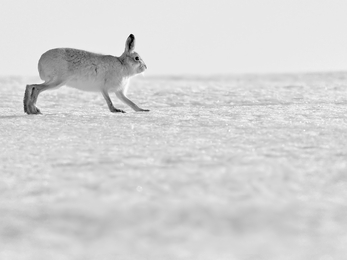 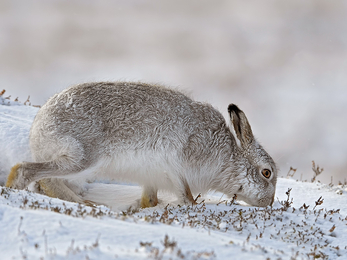 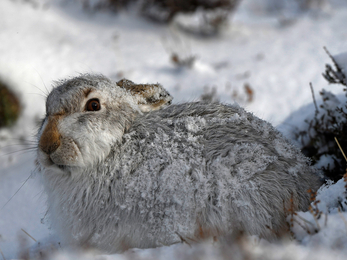 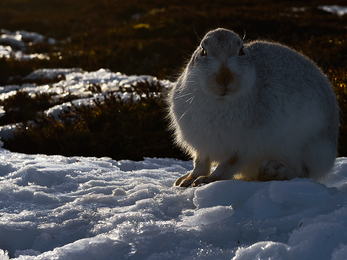 In the week that the Peak District National Park celebrates its 70th Anniversary, on this special anniversary the Wildlife Trusts in…

Aqueduct Cottage  - a new milestone and a new roof!

Tucked away in a quiet corner of rural Derbyshire, a rich and fascinating history is unfolding as Derbyshire Wildlife Trust’s Aqueduct…