Sightings at Hollinhill and Markland Grips

A record of all your latest wildlife sightings across Derbyshire!
A bird ringing session held by Sorby Breck Ringing Group resulted in ringing 48 birds.

A bird ringing session held by Sorby Breck Ringing Group resulted in 48 birds including 12 Great Tits, 12 Blue Tits, 3 Robins, 5 Dunnocks, 3 Coal Tits, 4 Blackbirds, 5 Goldcrests, 3 Long-tailed Tits and a Wren. Oldest known bird was a Great Tit ringed in Nov 2015 at the same site with another from Dec 2017 and two more from Dec 2018. Two Long-tailed Tits had been ringed at Clowne WTWs in Feb 2018 and one of the Goldcrests was ringed at Clowne in July 2017, with another in Jan 2018. Two Marsh Tits were seen and heard calling and other sightings during the morning included Tawny Owl, Sparrowhawk, Chaffinch, Great spotted Woodpecker, Nuthatch, Bullfinch, Jay and Treecreeper. Photos are four Goldcrests with the male bearing an orange crest, a Great Tit and a festive Robin. 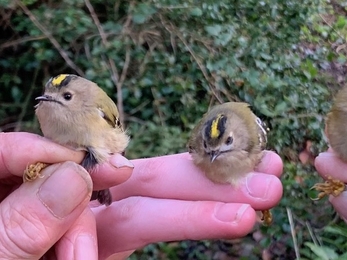 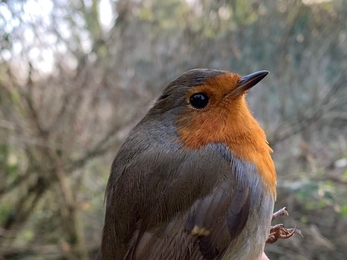 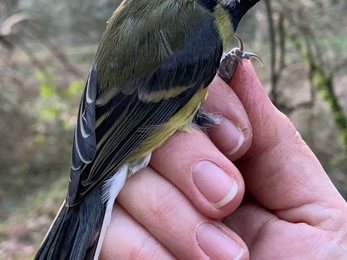 Vic Bevan fills us in on the latest sightings.

Sightings from The Avenue Washlands

The latest sightings from Brian Cutell.

The latest sightings from Thomas Cockburn.